Home CELEBRITY You Need To See What Eminem’s Daughter Hailie Looks Like and She... 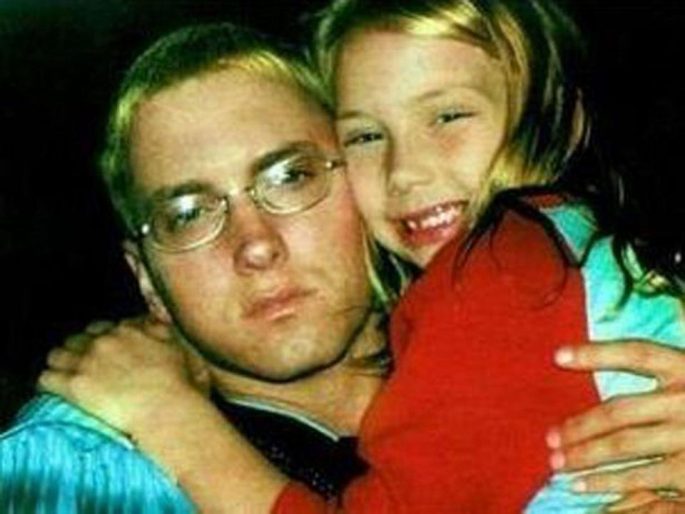 Well, his daughter Hailie Scott Mathers, who was the subject of most of his songs throughout the late ’90s and early ’00s, actually is older now — twenty-one years old, to be exact, in case you want to feel old.

She was included in more than twenty of his songs, and Eminem has been pretty vocal about her throughout the past two decades.

In more recent years however, the rapper hasn’t mentioned his daughter as often. As Hailie’s grown up, she’s maintained a pretty low profile, which is understandable when you think about the scrutiny the children of celebrities are under.

Hailie Jade Scott, who was the subject of several of Eminem’s songs, is now 21 years old and looks like your not-so-average gorgeous college student. While she doesn’t post to social media often, a glimpse at her Instagram shows that she isn’t afraid to show off bold looks when she does choose to share pics.

So what is she up to today?

Check out on the next page

You Need To See What Eminem’s Daughter Hailie Looks Like and...

You should be trying these retro-inspired trends this season

12 MAKEUP MISTAKES THAT MAKE US LOOK OLDER SHOULD BE AVOIDED

ABOUT US
Stylish Freak is a magazine weblog that strives to cater to the everyday needs of its women readers. While we aim to cover a variety of categories, our expertise lies in fashion, entertainment, relationships, parenting, pets and lifestyle coverage. We aspire to produce features that will make your life a little easier. We also bring you tips and suggestions that revolve around your daily routine and existence.
Contact us: [email protected]
FOLLOW US
© Copyright 2014 - 2020 Stylsihfreak
MORE STORIES

4 MOST FASHIONABLE BAG AND PURSE TRENDS YOU MUST KNOW ABOUT...

5 Home Remedies For Getting A Rosy Pout Lips

12 MAKEUP MISTAKES THAT MAKE US LOOK OLDER SHOULD BE AVOIDED

4 Work Outs Done At Your Desk No One Will Notice